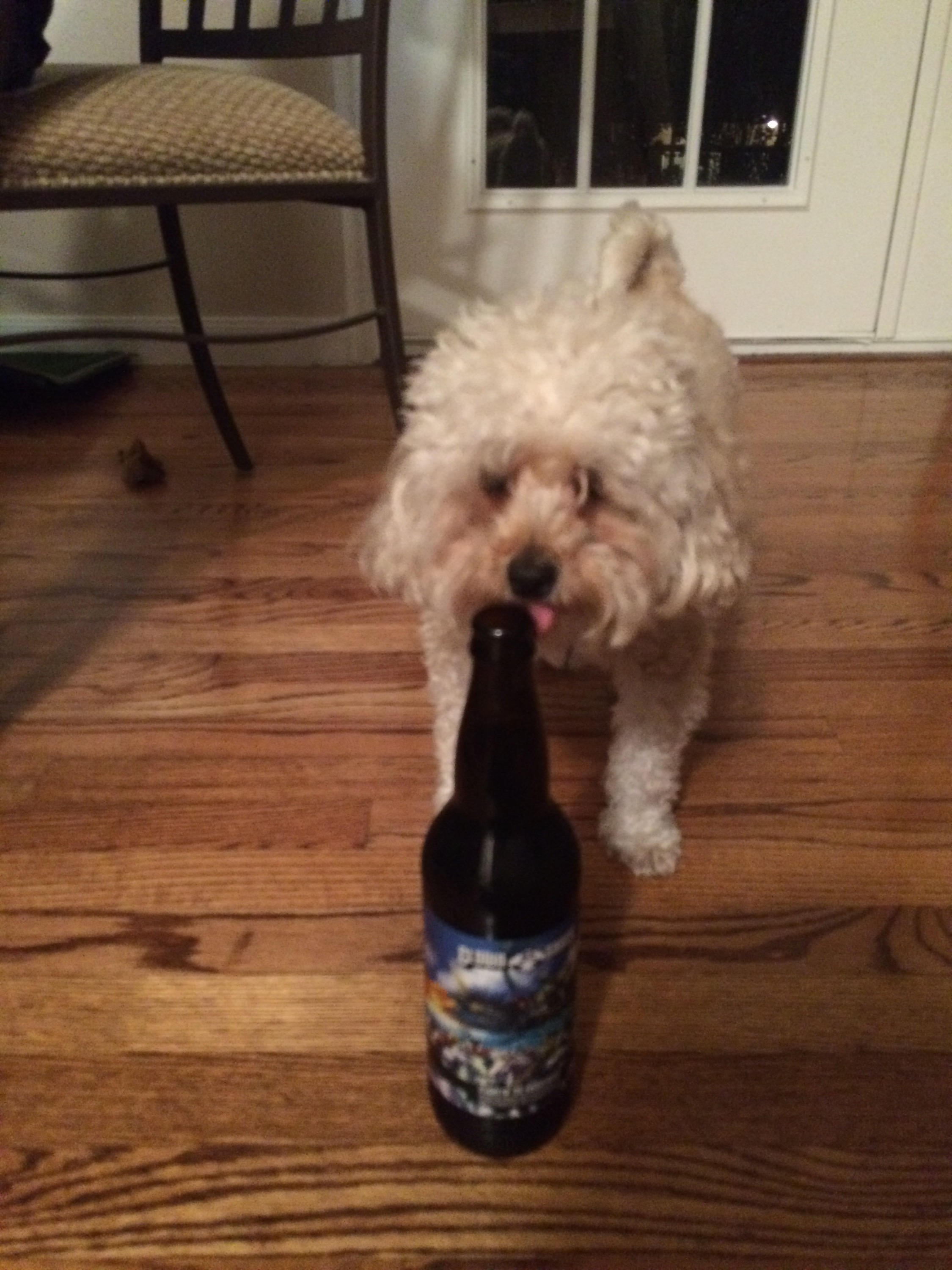 SUPER bummed out! This week was supposed to be filled with my adventures around Dallas for North Texas Beer Week. But nooo my body decided to catch the stomach bug! This week I had to miss out on the awesome Wednesday Braindead brewery event! So I did a little research on beers/alcohol and tummy problems. I found that there’s actually some interesting information. As we all know beer contains hops, water, and barley and bubbles! But apparently barley has a chemical compound called humulone, this helps the body fight off viruses. Unfortunately, one light beer won’t do it.. so drink up. On another note, if you’re having the throw-up fits, try some red wine. It’s the best anti vomiting agent!

I have been diligently eating my BRAT (banana, rice, applesauce, and toast) diet to settle my belly, and surprisingly have lost weight…. WHAAT?! But Thursday night I was feeling a little stressed! So after work we went to the good ole Hopdoddy and had my faithful hoppy high alcohol content smooth and velvety Peticolas’ Velvet Hammer with my frands. This beer has always been one of my favorites, it is always a delicious hops entrance but a beautiful brown sugar finish! It ended up settling my tummy and was a refreshing breather from all the stouts I have been drinking. Thank you Peticolas. 5 out of 5 duh!

And of course after that refreshing brew, I switched back over in order to have some fun. On the way home I found out it was time to CELEBRATE and I was in charge of going to the beer store…. always a hit or miss! Well  this one was a hit! As I walked up and down the aisle I realized I couldn’t find the sought  after Goose Island’s Bourbon County. Instead I found Clown Shoes’ Flight of the Angry Beast! In my processing of tasting this beer I smelled that older oaky barrel age smell. Upon drinking it I initially tasted hops with scotch and boubron attached from front to back. On the next few sips I took there was coffee, chocolate, and light cherry. Upon breathing out it was an automatic smokey smell but later turned into a cream soda butterscotch feel. 4 out of 5.
Belly’s all better by the end of the night!
-The Beerded Lady