The Dark Magic of a Beer Can Chicken 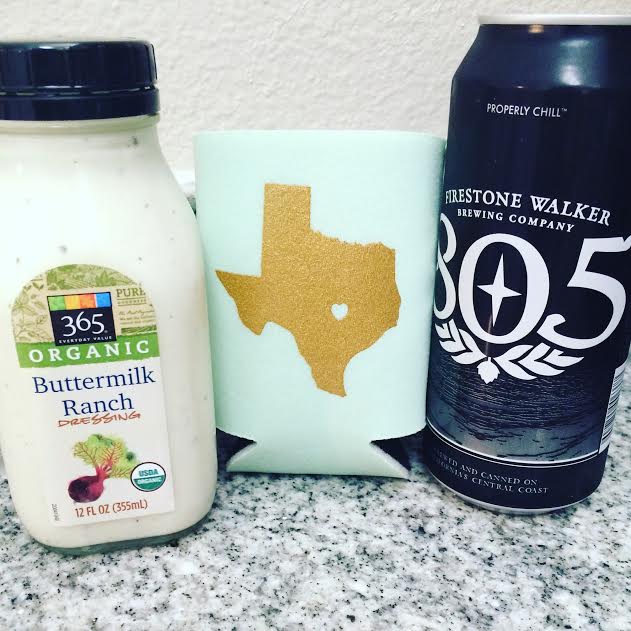 19 Nov The Dark Magic of a Beer Can Chicken

On top of trying new beers this week I  decided to oven bake a BBC (beer can chicken). It started out as being thanksgiving themed, but if I were to do a turkey I would need a mini keg. Thank you Natalie for this awesome idea. Alright so the morning of I was trying to think of what beer to use, lets be serious we can’t put an expensive beer up a  chickens butt.

So I peeked in my fridge and found a left over Firestone Walker 805, this light little blonde would be perfect for a little chicken! I headed up to work for a little half day of cleaning teeth. I decided to bring up what I was planning on cooking that night, my patient shot up with excitement because he loves making these birds. He had the perfect recipe for me to try. I quickly picked up my pen and sticky notes to write it down. After getting off of work a little early, I high tailed it to whole foods to get the ingredients for my concoction.

The Recipe For the Best Beer Can Chicken:

Clean it all up

Mix the salt and brown sugar in a little bit of cold water, in a bowl big enough to fit your chicken, to dissolve the powder. Wash the chicken while the mixture a chance to dissolve a little further, then plop that bad boy in that bowl. Add more water to make a nice little full bath. Now you are bringing that chicken (a nice little secret to make all chicken tasty). Let that thing hang out in the fridge for 6-8 hours. Maybe try to do this part the morning of!  When ready to cook preheat oven to 400. After you’ve let that sit in it’s sugar and salt water take that baby out, rinse it off, and dry it off.

After it dries really well lather it up with some ranch and what every dry spices fancies you that day. Now stick that beer up its butt, stabilized it and stick it in the oven. It should take 15 min per lbs and mine was about 4, so about an hour. Make sure to test with a little thermometer right at the boob and make sure it is 165 internally. Once its there then take that little brown chicken out and let it sit for 10 mins only and then cut into it! If during cooking its to crispy for your liking feel free to put some foil around it.

During cooking this thang I decided to make a video,

sooo….. you will have to take a peek at it! The beers I decided to try the Kentucky Ale’s Kentucky Bourbon Ale, this was a pretty yeasty beer. At first smell I sensed  yeast type beer (that kind of steel you wake up with and knew you drank beer the night before smell). Then my nosed picked up a very light oaky smell. The taste was like a good ole ale with some bourbon added. Very nice Ale tasting beer 3 out of 5.

I then partook in and Oatmeal Vanilla stout from Ninkasi Brewing (love the name). The Oatis had a spledndid sent of of smokey fresh  stove oatmeal . The taste was not was I was expecting it was delightfully hoppy. There was a slight coffee entrances that turned into a later vanilla maple oatmeal mix. Perfect bitter breakfast taste, as if you were to add a nice coffee, and grapefruit to your vanilla oatmeal. Later on in the tasting I noticed a little sour hint, not sure what sour it was but I liked it. 4 out of 5.

The chicken was so good and moist with the perfect flavor! Thanks for the recipe Pat! I will be making more of these in the future for sure.

I will be planning on going to the DMA on Friday night for some good art with another blogger  The Dame of All Trades, and friends! Make sure to check out my youtube to watch my goofiness making a recipe video!