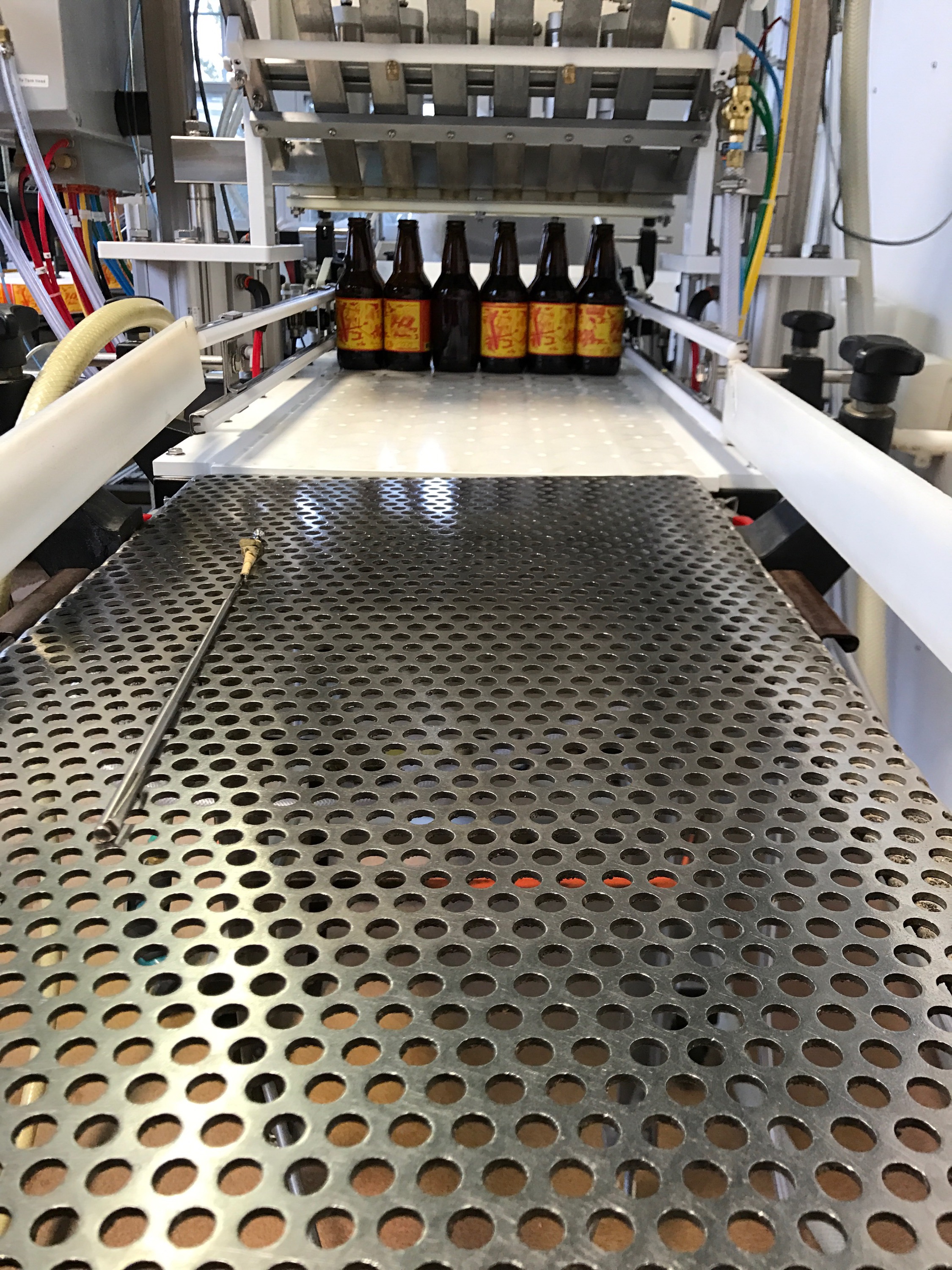 I could barely sleep that Friday night before the BA Christmas Bomb release. I snuggled with my dogs, cocooned myself in my comforter, and set my alarm for 3:50 am THREE FIFTY AM!!! Am I crazy! Some would say YES and I would agree I am definitely crazy for beer. I headed up 75 to meet up with the crew of boys, one of them being my driver; ha you thought I was going to drive this trip, NOPE! We finally made it to a tiny ass town called Krebs in Oklahoma. We pulled up to a parking lot, side lot, and grassy area full of people. We had barely put the car in park as we swung our doors open and grabbed our chairs to run to the end of the line. We finally hit the concrete and claimed our spot as we slammed down our chairs. The nerves were starting to calm down a little bit as we evaluated the situation. It turns out that this morning was visited by Krampus himself; he blew his arctic breath for the release of Christmas bomb.

However, A miracle had occurred, we pulled out our solo cups and a never ending fountain or beer came at us from all directions. We had been graced by the Beer Gods, every one was happy and sharing their revered drinks. By every one I mean about a hundred people. It seemed like as soon as I finished one beer some one was at my side asking if I wanted to try another. Rares, Stouts, IPAs, Sours, anything you could think of, we had it. The clouds decided to sprinkle a light drizzle and the temperature began to drop, but no one was bothered by it. The thing that interrupted us at 9:30 was the man with the bracelets. All of a sudden every one started turning their heads like “prairie” dogs, and we ran to these men with the sacred garment. And… no one sat back down we just started to line up in front of the door as tents were brought out to protect us from the now steady rain and big drop in degrees. Huddling up made it even easier for this massive bottle share, as bottles and cans were passed left in right over heads and under arms. Once they opened the doors it was a free for all to get our cases. The whole all for one thing was totally out of the window until we got our share.

We finally were able to try some of their taps which were so scrumptious from what I remember. I was able to sneak around and get some good pictures of the bottling area and the kegs that are used to make this wonderful beer. I wish I had more of beer descriptions for yall today but drinking at 8 am is not for the faint of heart, and it makes remembering a little hazy.

Some pictures and videos for your enjoyment

With the great American brewery tour

When your patients are as crazy as you are.  Good seeing you Mike!