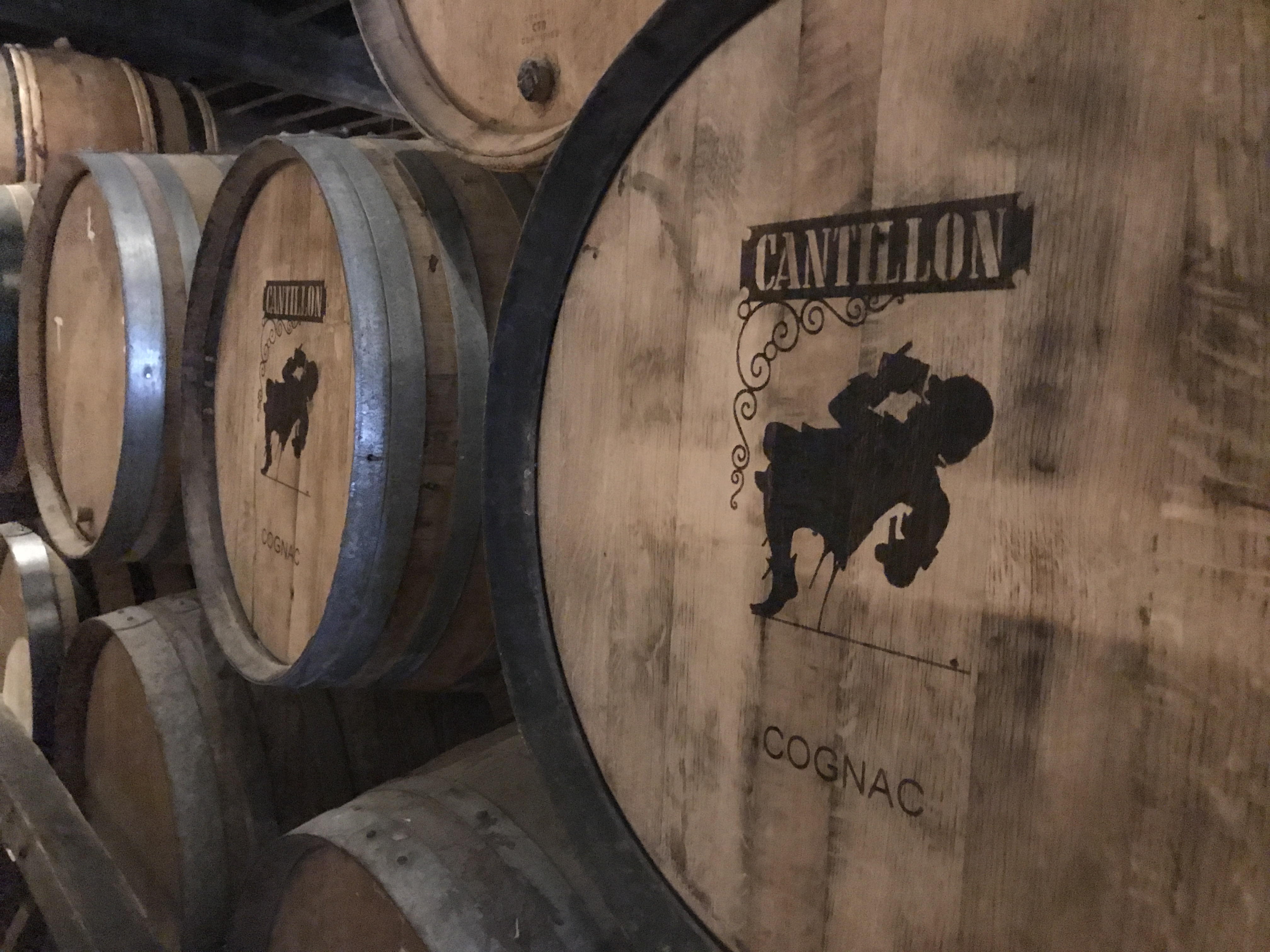 My first and last stops

First Stop London! London isn’t known for their craft beer quite yet but the UK is! We were able to find a hidden little bar with craft beer finally, Where I was introduced to an American IPA The Unicorn Whisper by Mondo Brewing. A double that was made with Pineapple and Mango, and of course it was juicy. I was mind BLOWN that I was able to find a beer that the U.S. East Coast has champed out, and the rest of the US trying to figure out. Something that I noticed about this side of the world is that they share our obsession with IPAs. Everywhere that we went had at least one “American IPA” available. Most other bars had the regular Lagers to drink but we finally found a little farm to table spot that had a decent selection of beers, I was able to try The Wild Beer Co Fresh an American Pale Ale (of course), it was hoppily fruity!

Last Stop… Brussels, if you don’t already know, Brussels is famous for their beer made by monks for 100’s of years. Of course creating the wonderful Belgium style ales! First stop was the Delirium Café, an amazing little spot with all the Brouwerij Huyghe beers. Let me paint the picture for you, walking into town from the train station, the roads are large and accessible by cars as you get closer to the center the roads close in tight to mimic the US alley way… but smaller. Continuing around town with our phones out we wove our way through tight turns and innumerable forks in the roads finally looking down one of the roads (alley ways) to see the PINK ELEPHANT! My delirium bar a place with multiple bars one with all things delirium with a downstairs layout that seemed like a dungeon, and four other bars that we didn’t get to! Of course here I only drank Delirium tremens because it was about 75-80 degrees, I would have enjoyed at Nocturnum but it was way to hot out!

After this treasure hunt I set out for the beloved Cantillon (Brasserie Cantillon) that was just a short train ride away. We were now in an area that appeared to be an industrial part of Belgium. The scenery in Anderlecht changed from small alleyways to regular streets and with a lot less people. Upon finding the sign with the little guy drinking his beer we thought it was closed, until of course we opened the door to release the smell of spontaneous fermentation. A Belgium fellow welcomed us and asked us “English” with our response “yes” and he continued to tell us that the next English tour was right then. So we paid our dues and received a perfect little book for our self guided tour. 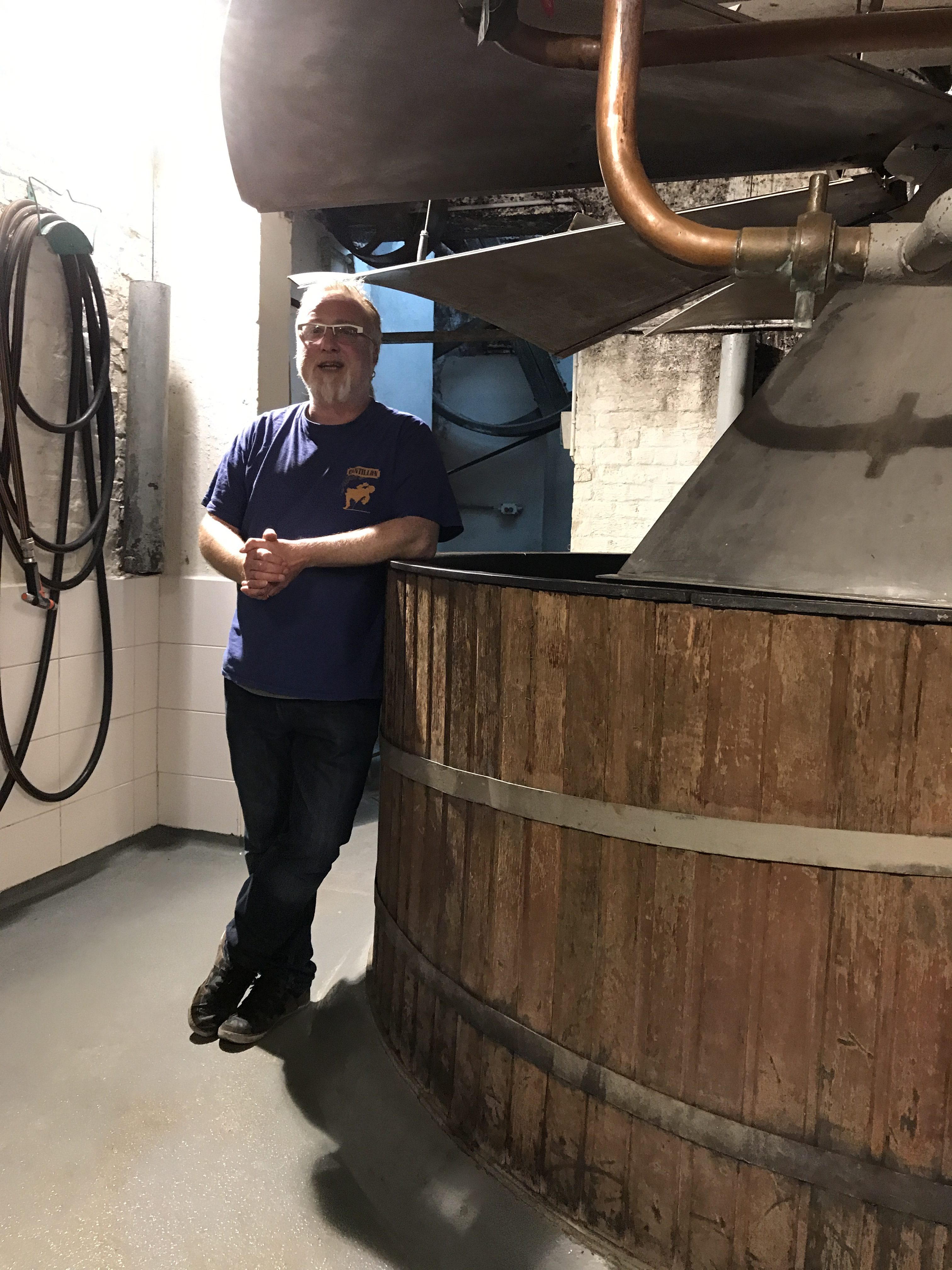 As you enter you see the mash turbine, a large windmill attached to a mashing device spinning constantly in a large wooden vat or the first part of the Lambic/Gueze making steps. The reason we love Cantillon so much is because the way they make it; they do not use any sugar in their recipes only fruits, the sugar from these fruits is what feeds the yeast. Thus making what we love a unsweet fruited ale. The open vats that are part of the brewing part are to help with the spontaneous fermentation. In laymen’s terms the ability of air borne bacteria to enter the recipe leaving us with a sour champagne like beer. Walking up the staris brought us to the cooling area which was also open to the air. Then onto the beautiful barrels that are storing all the beer beginnings and letting them ferment.

Scattered around this brewery are spider webs and cobwebs hidden in every nook and cranny which our handy dandy little book explains that this is their form of a natural pesticide (DUH they eat bugs!!! And now they don’t have to use chemicals around this precious drink from the gods). Continuing on we spied the old bottleing sysem they still use to this day. They bottle these beers in champagne bottles cork and bottle cap, the beer is also stored like champagne, as the creation is similar. Finally we ended the tour with some tasters and our own bottle! Tipping our hats to Brussels for making some amazing beer! 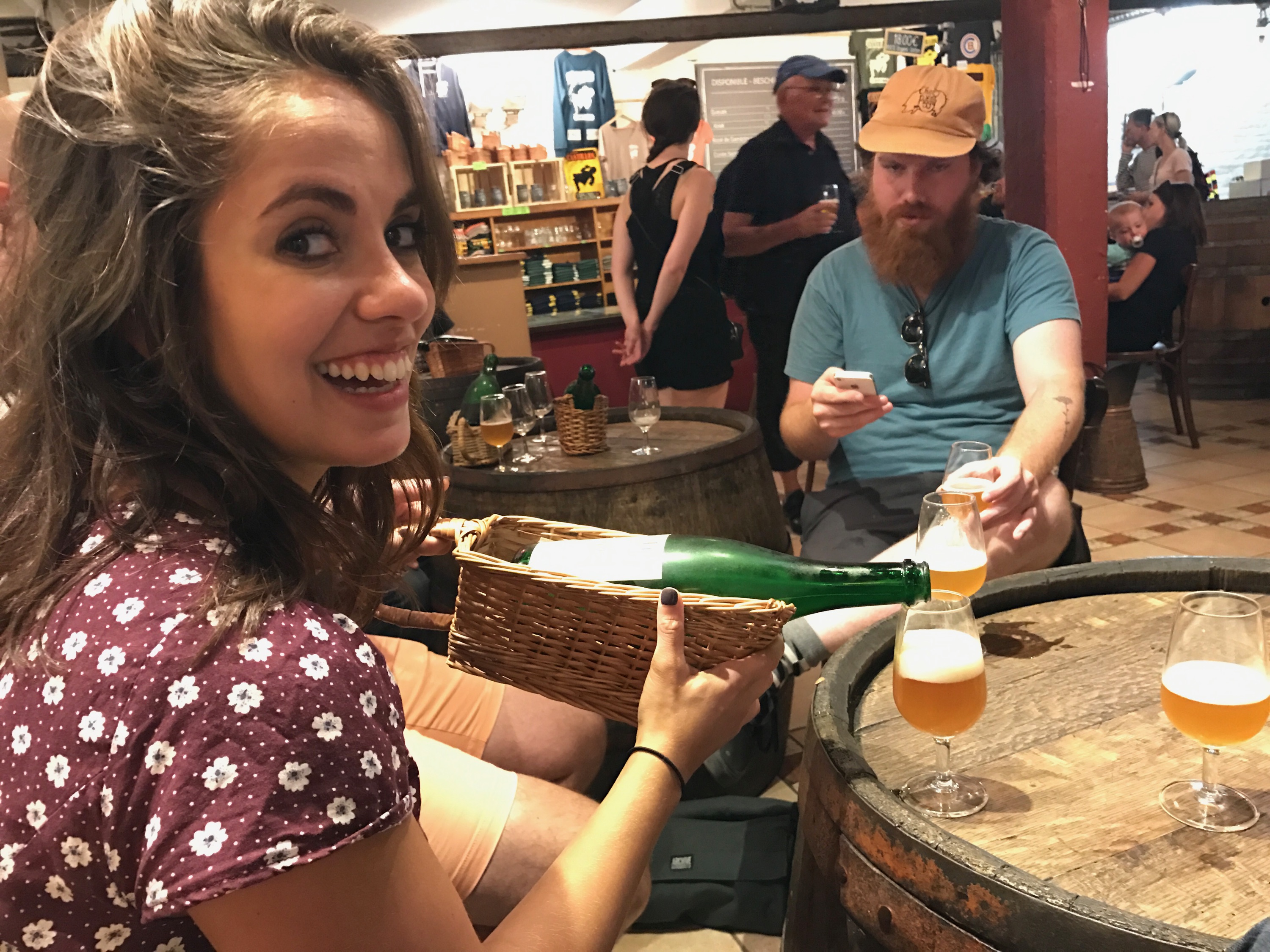 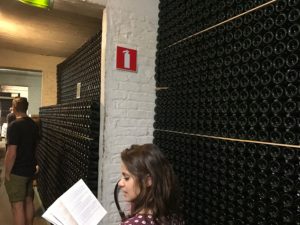 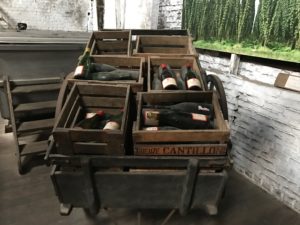 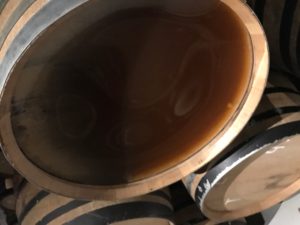 they showed us the fermentation process 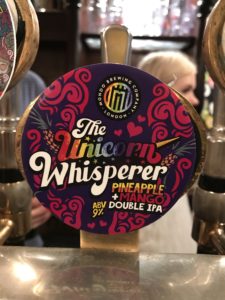 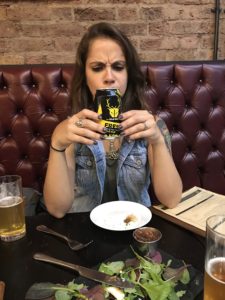